Talk about a remarkable man!! John fits all the criteria! 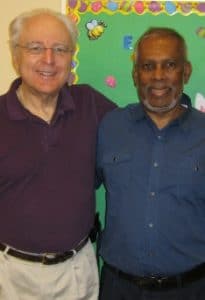 Talk about a remarkable man!! John fits all the criteria! As a motivational speaker, he is a famous man–but doesn’t want fame; he knows famous people, but does not consider himself famous–really? Just see for yourself.

Years ago, John adopted two children from India. His daughter was 6 weeks old and near death. His son, adopted years later, was 3 weeks old. They are older now and along with their Dad, have formed a foundation to “pay it forward.” They want to clear the path for other orphans to be placed in loving homes just as they had been so many years ago. “India can be a brutal place for millions of abandoned babies and children, the majority of them girls,” John’s daughter observed on her recent 14 day expedition trip with her brother and Dad.

After the trip, they created the foundation in memory of their mother Mardai. They said that the “time seemed right to finally pay their good fortune forward, especially since neither sibling has children and can devote the time to the effort.” “I felt so good that they wanted to do this,” said John. “I support them 100%.”

In spite all the activity surrounding John’s life, he still manages to take care of his dental needs. We are honored that he has chosen us. We are very proud to have John as a patient of ours.
We wish only the best for the success for the Foundation.