A History of A Charlie Brown Christmas

The first showing of A Charlie Brown Christmas was on December 9, 1965. The special was a collaboration between Peanuts creator Charles Schultz, producer Lee Mendelson, and director Bill Melendez. Vince Guaraldi composed the original score. The public loved the show from the start. There are several reasons this show is exceptional and thus traditionally viewed every Christmas.

Charles Schultz wanted a passage about the true meaning of Christmas presented in the cartoon. The two producers, Les Mendelson and Bill Melendez, worried that animation was not the right vehicle to have religious scripture. Sparky, (Charles Schultz’s nickname), said,” If we don’t do it, who will? We can do it.”

A Charlie Brown’s Christmas was the first network show to feature Jazz. Even though Vince Guaraldi wrote the original music for the show, Mendelson wrote the lyrics of the Peanuts Theme in about 15 minutes. Schultz did not like Jazz but fortunately did not balk at the musical genre for the animation.

Unlike traditional casting, all the speaking voices were children, not adults acting like children. Some children were too young to read, so they had to be coached and fed lines by Menendez. Later a teacher’s voice introduced in later versions was depicted by a trombone. What we hear is similar to “Wah, Wah.”

Schultz insisted that Snoopy not speak regular lines. So Snoopy’s voice also came from Menendez. He taped himself talking, then sped up the recording until the sounds and squawks became the adorable voice of Snoopy.

The story is concerned with the commercialization of Christmas. Snoopy wants to win the neighborhood decorating contest, Sally, Charlie Brown’s sister, is concerned about getting her fair share of presents, and Lucy dreams of the gift of real estate. 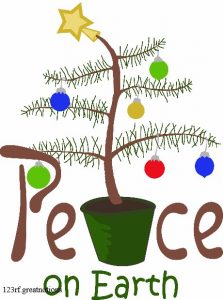 Charlie is worried that no one remembers the real meaning of Christmas and sets out to change it. While organizing a Christmas Play and he selects a sad little tree. This idea came from a story by Hans Christian Anderson called The Fir Tree, a tree in the forest of much larger trees desperate to grow as tall as his fellow firs.

If CBS had a better alternative, the special would not have aired at all. Programmers felt that A Charlie Brown Christmas would make its debut, then disappear forever.

Fortunately, it was aired and has remained an iconic traditional show of the Christmas season, even 52 years later. 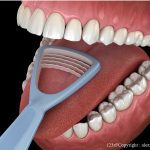 Your tongue is not smooth. It has crevices and … END_OF_DOCUMENT_TOKEN_TO_BE_REPLACED 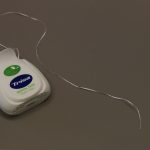 It's a new year-the beginning of a brand new … END_OF_DOCUMENT_TOKEN_TO_BE_REPLACED