Are Opioids the ONLY Pain Management Option?

Home / Dental Tips / Are Opioids the ONLY Pain Management Option?

Recently, I attended a conference on the overuse and possible addiction risk of Opioids.

Many forms and names are categorized as Opioids

This pain reliever comes in many forms and names. Opioid prescriptions after third-molar (wisdom teeth) extractions are more common in the U.S., than in other countries. For instance, The world’s supply of hydrocodone is prescribed and consumed in the U.S., but opioids are never or rarely recommended in other countries. Opioid prescriptions are manufactured under many names. You may have seen Hydrocodone, Oxycodone, Tramadol, Codeine, Morphine, Buprenorphine, Fentanyl, and Methadone. All of these drugs fall into the category of Opioid. The top three drugs prescribed are Hydrocodone, Oxycodone, and Tramadol.

Generally, removal of the third molars is done in the teenage years. The judgment center of the brain isn’t fully developed until the early to mid-20s , but the pleasure part of the brain is fully developed. Teenagers are risk takers without the reasoning ability to make good decisions. This makes teenagers in danger of opioid abuse. The chart below may be useful for determining risk for addiction.

The chart below may be useful for determining risk for addiction.

Most parents are concerned about the risks and side effects associated with opioids, yet almost half believe their children are safe from the perils of addiction. The disturbing part of a recent study shows that nearly two-thirds of parents believe that opioids manage pain better than alternatives. Research indicates that a combination of NSAIDS can manage pain as well as, or even better than, opioid analgesics. The fact that parents don’t believe that over the counter medication can work as well as a prescribed drug opens the door for possible addiction.

Be Informed about alternative pain relievers

At the meeting we were told that the use of ibuprofen (Advil) combined with acetaminophen (Tylenol) has proved to be useful in managing postoperative pain. In some cases, the use of an opioid is needed. But to be safe, ask if there is an alternative to an Opioid medication to prevent the risk of dependency.

You just love that fresh, clean feeling you get … END_OF_DOCUMENT_TOKEN_TO_BE_REPLACED 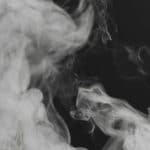 Many smokers have turned to e-cigarettes as an … END_OF_DOCUMENT_TOKEN_TO_BE_REPLACED