A man from the UK was eating popcorn with his wife. After popcorn got stuck in his teeth, he began using objects to remove the pesky hull. He used a toothpick, wire, a pen cap, and a nail. He did not go to the dentist even though he had cut his gums and was in pain. 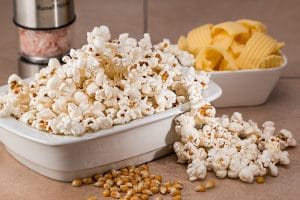 A week later, he started having fatigue and night sweats and headaches. After going to the doctor, it was found he had a heart murmur. He was sent home with medicine.
But his flu symptoms continued.

Since he developed a blood blister on his toe, he returned to the doctor. After having x-rays and tests, clinicians told him he had a clot in his femoral artery. He had a 5-hour surgery to alleviate it.

Even though being treated with medicine following the clot surgery, tests revealed he had a

severely damaged heart. After a seven-hour open-heart surgery, clinicians diagnosed endocarditis, a condition whereby germs from another part of your body, such as your mouth, spread through your bloodstream and attach to damaged areas in your heart. The gums are a bacterial avenue to the heart. If left untreated, endocarditis can kill you.

The moral? Don’t use everyday objects for dental floss. 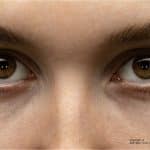 Where does a tooth get its color? Notice the … END_OF_DOCUMENT_TOKEN_TO_BE_REPLACED 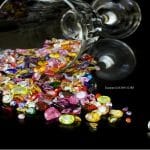 Social Media Trends Lately, I have seen many … END_OF_DOCUMENT_TOKEN_TO_BE_REPLACED 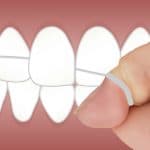