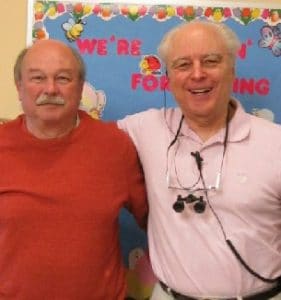 From 1980 until 1995, Tony raced Enduro Go Karts with World Karting Association and won many regional races. He says it’s different from racing cars since you lay down in them and there are no seat belts. The race is long. It lasts about an hour. There is certainly not much protection in a Go Kart, but going 140 miles an hour in them must be quite a thrill. It seems that many current top drivers began their careers in karts.

In 1995, Tony built a BMW 3 Series car and started racing with the Sports Car Club of America. He said that racing cars was much easier than karts, because you just had to hold on to the gear shift and steer. He won the Pro IT Championship at Road Atlanta in 1997.

Tony has retired from racing, but his BMW service shop has been in business since 1982. He still enjoys working on cars and prides himself on his work.

Tony loves cooking outside, listening to oldies and country music as well as talk radio. He has been married for 32 years and loves his wife, children, and grandchildren.

Congratulations, Tony. It is always a pleasure to see you and your family.